As the world keeps on developing, technology has made histories and effect every corner of the world. World War 2 is an example of using technology in a way to conquer the world, and health care, construction, education have required the help of technology.

This year we started to learn about Multimedia and Technology. Cindy (our teacher) taught us how to do research efficiently, by just identified and categorized the source to two main sources:

After the research, she taught us, how to use Adobe Indesign, Lightroom, and photoshop.

Even though the world is big, but it seems like we got influenced by many things. English words like Saturday is ថ្ថ្ងៃសៅរ៍​​  and Saturn is ពភសៅរ៍ ​​​​ in Khmer.

During our essential classes, literacy is a class with the most works and what makes me came this far in a journey of fully understanding and get influence with English. Hannah, our literacy teacher is a very cheerful and thoughtful person, make the class feel like fun and makes student enjoys learning even more, but she never forgets to give us homework. Every Monday she gives off homework package which is always about words origin and a week after she will have a test about the word, and in Tuesday she let us read and do the assignment in Newsela. If you want to understand the origins of a tree, you have to start from the root so does the origins of a word. Last week we were learning about days of the weeks, and I was surprised at how they decide on the name of the days and the name of the planets:

Saturday named after the Saturn

Sunday named after the Sun

Monday named after the moon

Wednesday named after the god Woden. Woden is like Mercury the god of  Roman. Woden can also travel through the sky and guarded the dead.

Thursday named after Thunor. Thunor the god of thunder which like Jupiter the god of Roman. Thunor and Thor are similar beings.

Friday named after the goddess Frigg. In the book, Frigg is mentioned as the god that is related to love. 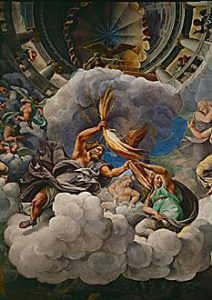 Sometimes the days you born determined your personalities and traits. I was

born on Friday, which meant for love and what about you? 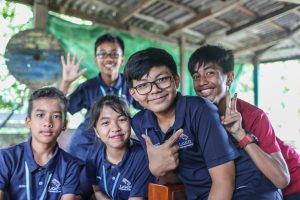